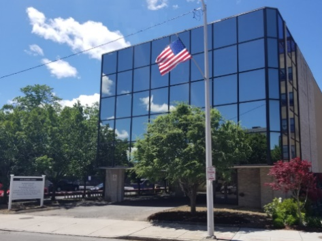 REINNO tokenized an office building in Stamford, Connecticut to replace traditional bank financing.
STAMFORD, Conn. - ncarol.com -- After successfully tokenizing a $105-million-dollar commercial real estate (CRE) fund last month, REINNO issued tokens backed by a multi-million-dollar commercial building in Stamford, CT. The tokens were created on the Ethereum blockchain utilizing industry and regulatory standards. In addition to the technical side of tokenization, REINNO provided all the necessary resources for the project, including establishing the legal structure.

Tokenization as a New Financing Tool
Real estate tokenization creates digital representation of equity and/or debt in the form of securitized digital tokens. It is a tool that makes financing and capital raising easier, faster, more efficient and secure. However, there is a lot more involved than just creating the tokens. For tokenization projects to succeed and disrupt the real estate industry, the tokenization company has to have a deep understanding of the industry in addition to knowing the technology.

More on ncarol.com
"That is where REINNO stands out. Unlike its competitors, REINNO provides not only tokenization but also additional services, from regulatory compliance and legal structure to lending against real estate tokens to create liquidity," said Viktor Viktorov, CEO of REINNO. "In addition, we are excited to have partnered with a fully-regulated security token exchange to create greater liquidity for investors."

The Deal
Most tokenized properties are offered to investors in the form of security token offerings. In the case of this commercial building, the owners are not planning to sell. Instead, they will use tokens as loan collateral. REINNO has a proprietary risk assessment model which allows it to almost instantly lend money against CRE tokens. This is a true breakthrough for the real estate market that has been inefficient for years. In the traditional model, borrowing against real estate is expensive and time-consuming, especially when dealing with banks, lawyers and title companies.

"Thanks to tokenization and our proprietary lending platform, leveraging an equity investment and pledging tokens to take a loan is possible in just a few minutes," said Barry Monies, co-founder of REINNO. "Moreover, fractional ownership makes it possible to use a portion of tokens as collateral rather than putting a lien on the entire property."

More on ncarol.com
The Future
We are in the early stages of both blockchain and tokenization. Like any other technology, it has to be made simple in order to achieve mass adoption. As more successful projects appear on the market, the public is enticed to learn about the new technology and its applications. Once there is a history of tokenization bringing real liquidity, we can expect wider adoption. REINNO has many deals in the pipeline and is on its way to becoming the one-stop shop for tokenizing real estate and the services associated with this asset class.