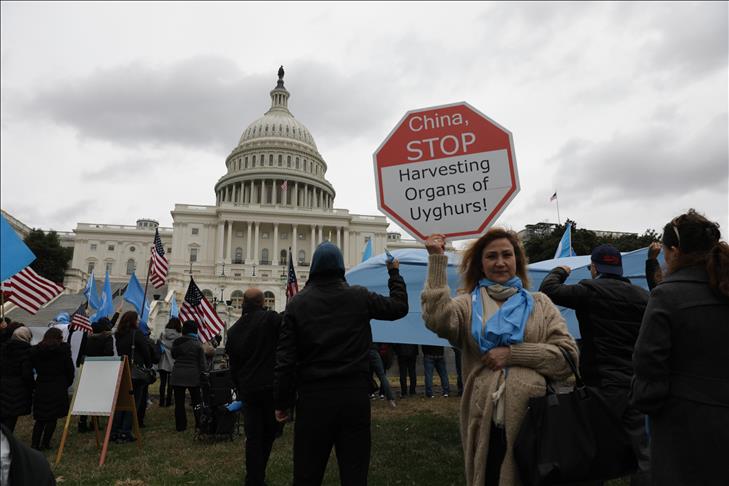 WASHINGTON - ncarol.com -- As China continues its brutal repression of Uyghurs and other Turkic peoples in East Turkistan (Xinjiang), the US Senate announces it may soon pass the Uyghur human rights bill.

"The Uyghur people have been anxiously waiting on the US Congress to pass a Uyghur Act for over a decade, especially since the building of concentration camps starting in 2016." said Salih Hudayar, the recently elected Prime Minister of the East Turkistan Government in Exile and Founder of the East Turkistan National Awakening Movement. "We have high hopes that this bill will help to alleviate if not end China's oppression of East Turkistan's people."

The East Turkistan National Awakening Movement has been pushing for a Uyghur Act since June 4, 2018 and has organized numerous demonstrations, events, and lobbying days to apply pressure on Congress to pass the Uyghur bill.

More on ncarol.com
On December 3, 2019, the US House of Representatives passed the Uyghur human rights bill with an overwhelming majority of 408 against 1. The bill would call for tough sanctions on China over its Uyghur concentration camps. China later announced it released Uyghurs from the "vocational training centers" which many human rights groups and lawmakers have called concentration camps. However, there was no confirmation of detainees being released, in fact numerous reports emerged stating that some Uyghurs were being transferred to prisons while others were being transferred to Chinese provinces for forced labor.

More on ncarol.com
About the East Turkistan Government in Exile